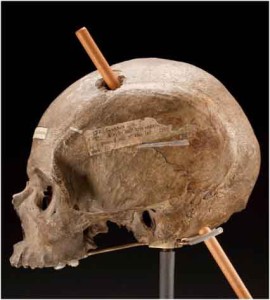 Amanda offers talks on some of the most exciting anthropology finds in North America. Her presentations captivate audiences by combining history and technology, forensics and art wrapped up in sharp visual slide shows with powerful story telling.

Choose a presentation from below and call to have Ms. Danning speak for your group.

✥ Heads and Tales of the Texas Revolution– Hidden in the archives of the Center for Archaeological Research in San Antonio is the battered remains of a probable defender from the Siege of the Alamo – get a look at it and skulls of Mexican Soldiers who lost their lives at San Jacinto.

✥ SAM: American before American Indians – 11,000 years ago, a man and a child were buried in central Texas with more than 100 pieces of funeral offerings

✥ From Jamestown to an Ax in the Back – settling America

✥ Tom Smith, from Slave to Buffalo Soldier – Looting, theft of federal documents from the National Archives and a skull in a paper bag

✥ C. Barange – the remains of a French sailor found on the 1686 wreck of La Salle’s ship La Belle

✥ La Folly, La Cobbler and La Rogue – La Salle’s attempt to settle on the Gulf Coast was a horrible folly. Almost all who survived the pirates, hurricanes, diseases and the sinking of the ship La Belle were killed by the Kawankawa. Hear what we know of a Marquis who met his end at the hands of the Kawankawa.

✥ Sculpting to Remember– Sculpting to Remember explores the inspiration to sculpt faces including religious influence, political statements, capturing beauty and putting a face on history from the bones of the past. From the Grecian The Dying Gaul to her latest forensic reconstruction of a 17th century Marquis who died at the hands of the Karankawa, Amanda shares some of her favorite portraiture sculptures and treats her audience to a behind the scenes look at some of her work on historical remains. 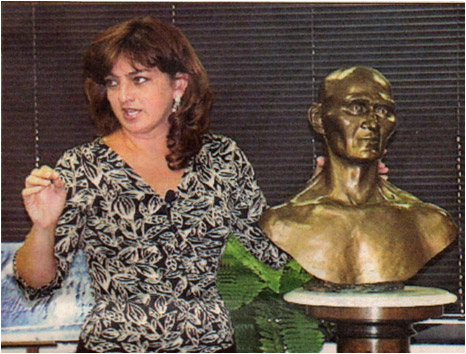 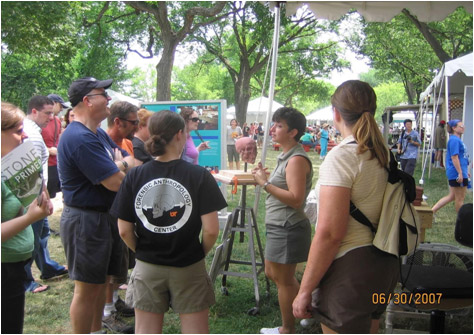